Listen Up Philip opens with the eponymous character (Jason Schwartzman) demonstrating his unlikability through exaggerated, unreal, separate meetings with people from his past. These two characters, an ex-girlfriend and a former college ally, play no further part in the film. They exist to facilitate Philip’s narcissistic approach to social relations. Both scenes are soulless battlefields. Philip uses attack as his form of defence; the person that’s not Philip soaks up the pressure until either retaliation or withdrawal can be avoided no longer.

He’s now a literary success of sorts. The old college friend he meets in the bar once had the same authorial ambitions as Philip. The pair even drew up a declaration of principles and Philip uses the meeting to pull them out of his pocket and screw them up in front of his old friend’s face as punishment for his apparent betrayal of them. Director Alex Ross Perry is a cinephile and this scene clearly recalls Citizen Kane (1941). It’s telling that in this scenario Philip casts himself in the Jed Leland role, while this man we know nothing about and never will is, we’re informed by implication, Charles Foster Kane at his most megalomaniacal. For now at least, we see the world as constructed by Philip. During the meeting with his ex, he takes on an almost teleological self-absorption as the past invades the present: “you tried to stray me from my path.”

This isn’t our first glimpse into the preoccupations of Philip though. Befitting of his inflated ego, his life is narrated by an omniscient all-seeing eye. The voice is male and very literary in its cadence and affectation – the kind of voice Philip might approve of if he could hear it. More than simply bypassing expository dialogue – which it does very well – the narration lends dimensionality to the whole, occasionally placing distance between what’s seen and what’s heard, but never giving the impression of standing on anyone’s toes.

The success Philip is currently experiencing seems to have a great emotional impact and a small material one. His girlfriend, Ashley (Elizabeth Moss), is more successful as a photographer, wearing it much better and acting as Philip’s economic crutch. Their life together is typified by a bottle of champagne. He bought it, she probably paid for it. In one sense, Perry’s film is interested in Philip’s posturing and postulating, and how he reflects his idea of himself onto those around him. Everything is a performative, and Philip bares similarities to Colin, the central character Perry played in his previous film, The Color Wheel (2011). Both men speak their intentions and thoughts through affected voices rather than making them real through deeds. Everything is said, and nothing is done. 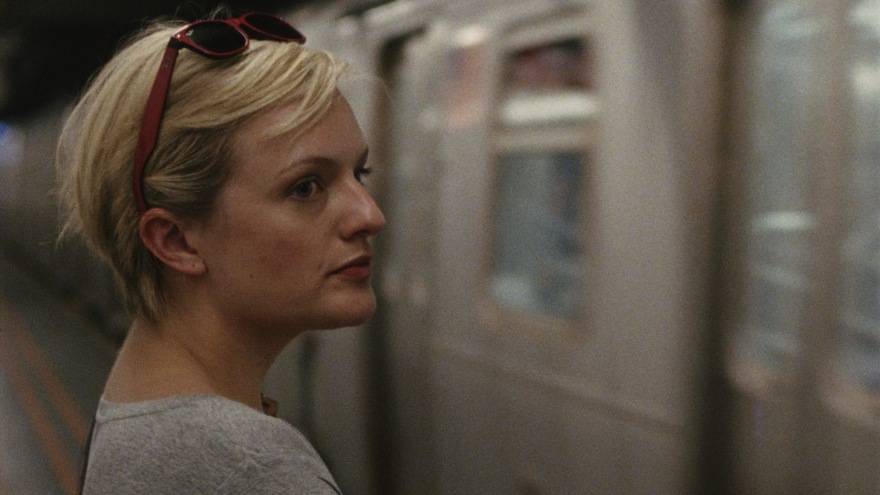 At the heart of Philip and Ashley’s relationship is a rupture, a rupture that to us, the audience, was always there. Later, it’s suggested, our suspicions are correct. There never was a truly happy beginning – or rather there was, but the crack at its centre did not go unnoticed so much as it was skipped gleefully over by Ashley. The scene – maybe the most devastatingly paced and tragically stark in American cinema this decade – is a flashback. During an absent moment in the present, Ashley takes a mental leap into the past to a time when, we assume, she was falling fast for Philip and she began to see the world from the point of view of two not one. The camera sits as if it were Philip at a table in a bar, Ashley sits opposite. They laugh, she grins, she responds to his words and his gestures we can’t even see. Earnest love has never been articulated so strikingly through images. And then, like a sudden clap of thunder that makes you question your personal safety, the Philip we remember from the present emerges. Some guy in the bar says something to offend him and he reacts as we’d expect. We still see none of Philip’s expressions or movements; the camera now slips – without moving an inch – away from the subjectivity of Philip who is caught up in his verbal tirade, and we just watch Ashley’s disappointment as the joy of living drains from her face. By seeing what we see, it’s made abundantly clear by the director that Philip does not.

What Perry strikes at here is a universal truth. He posits the idea of love without conflict and comedy without tragedy. He rightly hints at what a terrible life it would be. So maybe their downfall wasn’t apparent from the start, or maybe it was. The point is that it’s not possible to know, Philip’s egocentrism and his self-sabotaging are inextricably bound up in what Ashley says initially caused her to find him “exciting”.

An important point to stress is the unconditional empathy for Philip the film has. He’s no bad guy, just a guy that does and says a lot of bad things. Perry knows there’s no need to make us feel that we should care about him or any of the characters. By rendering the characters bare and affording them an unknowing humour, they can be loved unconditionally by the audience too. It might be tempting to interpret them one way or another and to try to claim ownership over the intentions of the film. But that way lies madness as this misses the point entirely. An examination of why people love and why people stop loving is at the heart of Listen Up Philip. There’s a lot more to the film, but the insight with which it carries its exploration into falling and loving and leaping and losing are what make the film a masterwork.